An individual who is struggling with a dual diagnosis disorder is suffering from a mental health condition and substance abuse simultaneously.

Dual diagnosis disorders are very common. In fact, around half of the men and women who suffer from a mental disorder will also struggle with substance abuse at least once during their lives, and vice versa. The two conditions exacerbate one another and symptoms will continue to worsen unless both conditions are treated concurrently.

Up until relatively recently, substance abuse disorders and mental health conditions were mainly treated in separate facilities. For example, a person who suffered from depression and alcoholism would need to enter into a psychiatric hospital for their depression to be  treated. 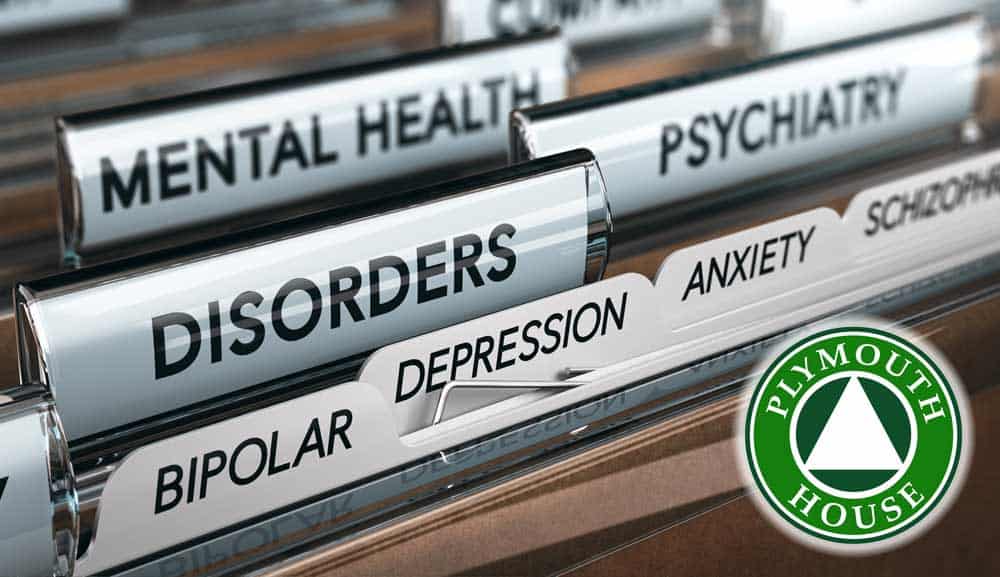 According to the National Institute on Drug Abuse, multiple national surveys have pointed toward the fact that half of the people who seek treatment for addiction simultaneously struggle with a mental illness, and vice versa. Data shows that there are especially high rates of comorbidity among substance abuse disorders and depression, anxiety disorders, post-traumatic stress disorder (PTSD), attention deficit-hyperactivity disorder (ADHD), borderline personality disorder, antisocial personality disorder and bipolar disorder. At The Plymouth House we offer intensive therapy and medical care for men and women who are suffering from mental health disorders in addition to their addictions.

Why Are So Many People Dual-Diagnosis?

Research shows that comorbidity between mental illness and addiction can develop in three predominant ways.

Because rates of substance abuse and mental illness are so exceedingly high and because there is such a clear relationship between the two, an integrated approach to recovery is always necessary. All underlying conditions must be treated if long-term sobriety is to be achieved.

Our unique program of recovery is deeply rooted in the 12 Steps of Alcoholics Anonymous, intensive therapeutic intervention and comprehensive healing. Our dual diagnosis treatment program offers the same services as our standard residential treatment program, along with several additional services geared toward men and women struggling with an underlying mental illness.

The services we provide include:

Begin Your Journey of Comprehensive Healing

We understand just how overwhelming it can be to commit to a long-term program of addiction recovery. Major changes are never easy — even when the change is undeniably for the better. Rest assured that we are available to help walk you through every step of the early recovery process. Our experienced Admissions Team will personally work with you from the time of your initial contact, until the day you arrive at The Plymouth House. We know in most cases our guests and their loved ones have a myriad of questions regarding available treatment options, covering the cost of dual diagnosis treatment, our facilities and smoothing out the finer details of the admissions process. With one phone call we will assist families and individuals in making the right choices for their unique situation. Contact us to begin the journey that will change your life.